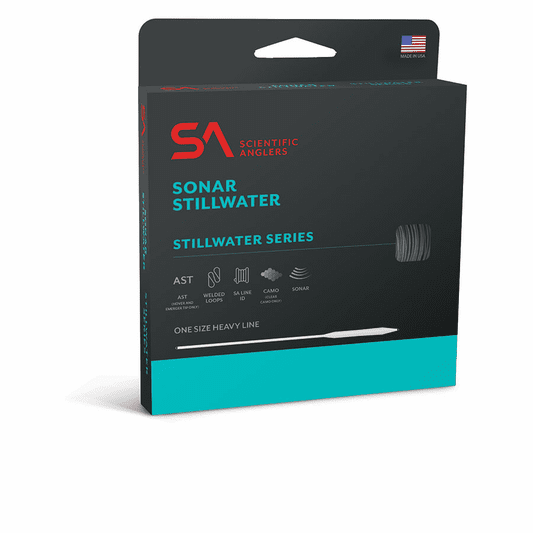 This SA Stillwater Clear Camo line offers a relatively long head with very slow sinking rate and is a great choice for fishing the top few feet of lakes.

Welded loops on both ends of fly line.

Based on MPX fly line taper.

The first 30 ft is one line class heavier than standard: this allows for faster rod loading and delivery of multiple flies.