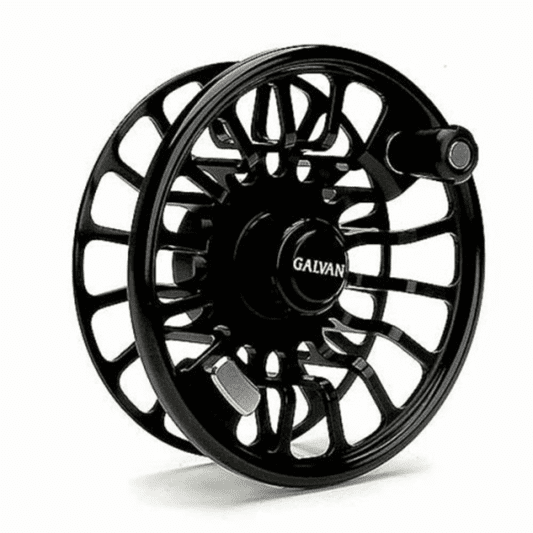 The Galvan Torque Spare Spool allows you to employ multiple tactics on the same rod and reel in a cost effective and efficient manner.

Lets talk in examples: The 10’ 7 weight rod is (in general) your rod of choice for summer steelhead fishing with a single-handed rod. However, the tactics you use for these fish can vary greatly due to weather or over the course of a season. Early in the run, or in the mornings and evenings, you are primarily using a floating line, fishing a down and across swing. Later in the fall and early winter, you can be more effective with a sinking tip line or a nymph taper to get to the fish. Purchasing an extra Galvan Torque Spool for your Galvan Torque Reel in this scenario would allow you to use the same fly rod and reel in both of these situations, and simply switch spools and lines for use at one or the other. Not only is it effective, it saves you money as well.

From an appearance standpoint, the Torque Spool has always been striking. It is fully machined out which greatly reduces the overall weight of the spool, but Galvan has done it in a way to maintain its incredible strength and rigidity. The rounded rims on the spool enhance overall durability and make it so the Torque can withstand the nastiest of angling conditions.

The Torque Spool is made with T6 solid bar stock aircraft grade aluminum. This aluminum is tempered to greatly increase its strength.