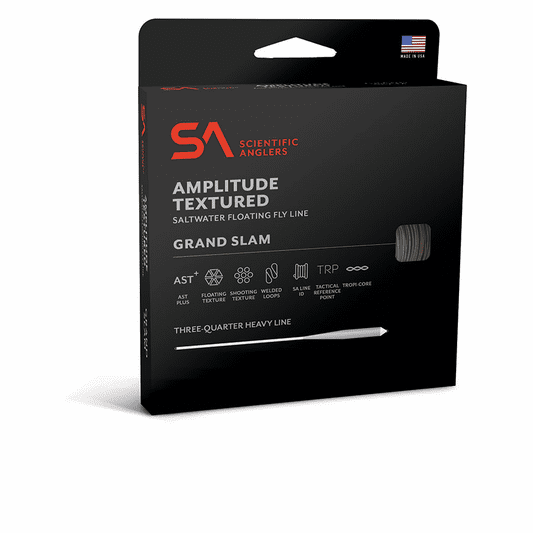 AST Plus is the most advanced line slickness technology in the world. You will be blown away by how well this line shoots, and how long it retains its slickness for. It never stops having that “out of the box” feel.

AST Plus Technology is a slickness agent added to Scientific Angler’s new fly lines to vastly improve their performance. AST Plus actually moves with the line coating. It naturally moves to the surface of the line as the line coating begins to wear overtime. This not only increases the life of your fly line, but also means it will remain just as slick from its first use to its last. These lines shoot further: They are 40% slicker than fly lines without any additive. They are durable: 60% more than the competition.

The Amplitude Grand Slam is here to help you get that Grand Slam.